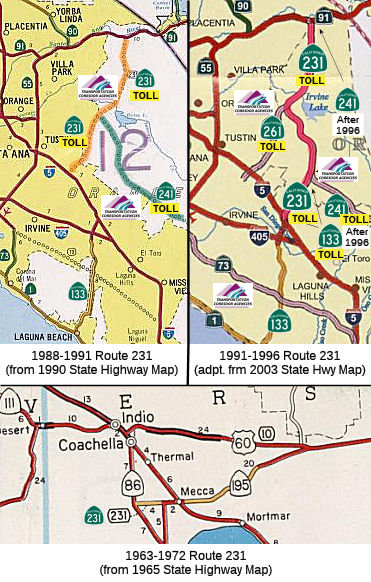 This was to have been the "Eastern Transportation Corridor". 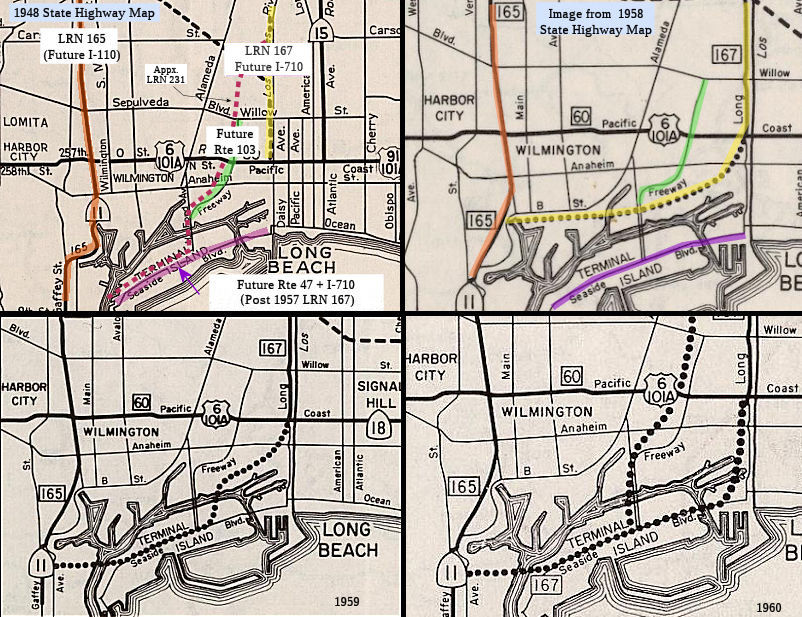 “[LRN 165] in San Pedro to [LRN 167] in Long Beach, via the mainland portion of Long Beach Outer Harbor and Terminal Island, subject to the following conditions:

1. Except as provided in paragraph number 2, no expenditure shall be made from state highway funds for the acquisition of rights of way for or construction, improvement, or maintenance of said highway until the following conditions have been met:

(a) The Federal Government shall have made available all funds necessary for the construction of said route, other than funds provided under paragraph 2.

(b) The Federal Government and the Cities of Los Angeles and Long Beach shall have granted a sufficient and adequate right of way without cost to the State of California for that portion of said route traversing lands owned or controlled by each of them.

(c) The authorized representatives of the Cities of Los Angeles and Long Beach and the appropriate agency of the Federal Government shall have approved the proposed alignment and the proposed location of all major structures on the route submitted by the State Department of Public Works.

2. Any city or county may contribute to, and the California Highway Commission may allocate monies from the State Highway Fund for the improvement of portions of [LRN 231] on the mainland when such improvement is found necessary to complete and integrated system of freeways between San Pedro, Long Beach, and the Civic Center in the City of Los Angeles.

3. If funds from sources other than state highway funds have not been made available for the construction on all portions of said [LRN 231] that are not on the mainland prior to January 15, 1953, said [LRN 231] shall on that date cease to be a state highway and this section shall have no further force or effect. ”