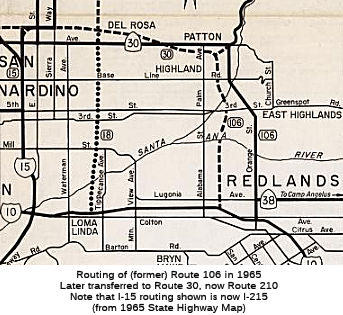 In 1933, Chapter 767 defined the segment from "[LRN 14] near Hercules to the Walnut Creek-Antioch Road" as a state highway. In 1935, this was codified as LRN 106 in the highway code with the following routing:

This is the route that runs from US 40 (now I-80) near Hercules to the Route 4/Route 24 junction N of Concord. This is signed as part of Route 4.