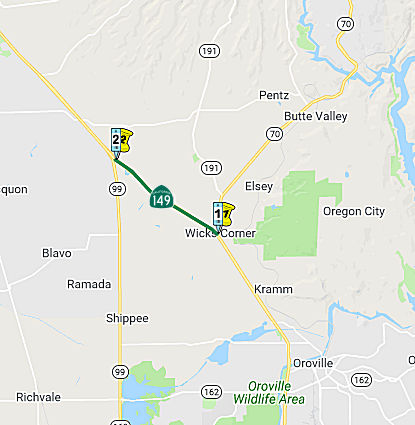 From Route 70 near Wicks Corner to Route 99 south of Chico.

Note that the original plans were for there to be an "East Valley" corridor, consisting of Route 99 from I-5 north to Route 70, Route 70 north to Route 149, all of Route 149, and Route 99 north through Chico probably reconnecting to I-5 (although plans north of Chico were shelved in the 1990s). This was for a Midwest-style expressway with freeway segments through the significant towns and interchanges at major intersecting highways. This would have included a freeway bypass of Marysville, the site of the last in-town surface street routing. Unfortunately only the segments at the ends of the corridor -- I-5 to Olivehurst and Oroville to just north of Chico -- were completed as planned; everything else was cut back to conventional 4-lane commercial standards (although a largely at-grade bypass of Marysville via the Feather River berm and making use of the present Yuba River Route 70 bridge is under study as of 2018) due to lack of the funding needed to acquire significant property between Marysville and Oroville for even an expressway upgrade.
(Source: Scott Parker (SParker) on AAroads, 3/28/2018) 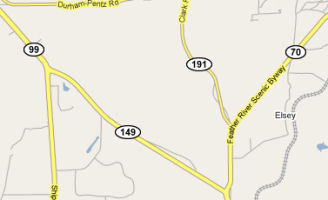 According to Dominic Ielati, as of July 2006 they were well underway. The worst part of the project, is the destruction of some of the original pavement of the Oroville-Chico Highway, just NE of the Route 99/Route 149 intersection. The Oroville-Chico Highway preceded the current routings of Route 99, Route 149, Route 70 and Table Mountain Blvd as the main route between Chico & Oroville. The Oroville-Chico Highway still exists in name and asphalt between Durham Dayton Highway & Midway (old US 99E). It may be integrated into Openshaw Road (the new section of frontage road on the east side of Route 149) but that section of pavement has sat isolated and disconnected from the road network for probably the last forty years.

By July 2007, some of the fly-overs for the interchanges were nearing completion. Traffic on Route 149 is currently on the newly added lanes as the construction team tears up the 1975 lanes and rebuilds them. One peculiarity is the so-called "Warren-Brown Overcrossing", a one-lane overpass that allows private road access to properties on the south side of Route149.

By November 2007, construction was progressing on the Route 70/Route 149 junction. All four lanes are built and paved for the entire length of the route. On the eastern section of Route 149, all traffic utilizes the future westbound lanes and on the western section, all traffic utilizes the eastbound lanes. The parts of signbridges are sitting near each end of the project on Route 149. They are not assembled and actual signage has not arrived yet. The junction of Route 99 and Route 149 is more complete in terms of the flyovers and new sections of roadway. Left turns are no longer permitted from Route 149 west to Route 99 south, and all Route 99 traffic is now utilizing the new sections of roadway. On SB Route 99, signs and sign bridges are up—thru lanes are marked for Route 149 & "To Route 70". Route 99 south to Yuba City is a two-lane exit including an auxilary lane. On NB Route 99, there is a flyover ramp over the old alignment, with a merge onto that old alignment to continue north. There are no signbridges up on NB Route 99 at this time.

By November 2008, the project was completed well ahead of schedule. The project moves traffic in four lanes on Route 149 between Route 70 and Route 99 with interchanges that funnel traffic onto and off the two highways seamlessly. The widening and interchanges cost $90 million There are also plans to widen Route 70 to 4 lanes from Marysville to the junction of Route 99 in Sutter County. It will also be 4 lanes in the Oroville area and north to the junction of Route 191. About 2 more miles will be widened to 4 lanes immediately south of Oroville.

In July 2010, the CTC authorized relinquishment of right of way on Route 149 on Shippee Road (~ BUT R2.211), consisting of superseded highway and collateral facilities. 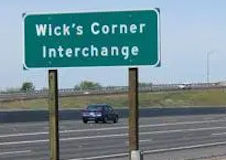 The junction between Route 70 and Route 149 near the City of Oroville, in the County of Butte (~ BUT M0.335), is named the "Wick's Corner Interchange". This segment was named in memory of Moses Wick, born in Ohio in 1822. Moses Wick served in the Mexican War under the command of General Zachary Taylor, who eventually became President of the United States. In 1852, Moses Wick moved to California with his wife Maria in a wagon train pulled by his team of oxen on a journey that took six months. The land in the area of the current cloverleaf junction between Route 70 and Route 149 was deeded in 1852 to Moses Wick as a reward for his military service. On September 3, 1852, Moses Wick made a homestead of the 160 acre territory and began raising cattle as a pioneer cattle rancher. Through purchases and other land grants, he eventually owned about 800 acres adjacent to "Wick's Corner". Wick made a modest living as a butcher by selling and supplying beef to gold miners and merchants in the area. He also used his faithful team of oxen to haul freight and cargo back and forth to the mines between Oroville and Sacramento. Moses Wick died in 1888 at the age of 66 years and was survived by his second wife Roxie Ann, his son Charles, and daughter Ella Wick Crum. He cattle ranch was operated until his son Charles sold most of the ranch to Senator Thomas Rockhill in 1906 for $25,000. The cattle ranch became a tavern and an early stagecoach stop for the Central Pacific Railroad. Although Wick's historic home was demolished in 1947, this area continues to be known as "Wick's Corner". The modern Route 70 was constructed in the 1960s when the former highway was submerged beneath the rising waters of Lake Oroville. Mrs. Merle McAndrews, the great granddaughter of both Moses Wick and Senator Thomas Rockhill, still lives on the property in a portion of one of the original ranches that was built more than 70 years ago. Named by Assembly Concurrent Resolution (ACR) 39, Resolution Chapter 71, on 7/3/2007.
(Image sources: Enterprise Record) 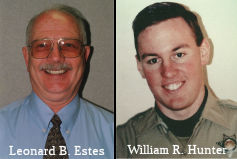