The following additional history is condensed from Tom Fearer's excellent blog on CR J37 on Gribblenation: 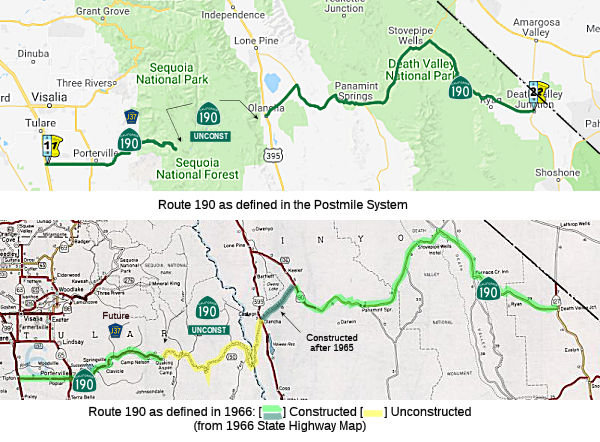 The Balch Park Road, just like the rest of the planned route of Lone Pine to Porterville High Sierra Road, was unsurfaced dirt. Conditions on the Balch Park Road were so bad that Tulare County operated the roadway in one-way control times until 1942. By 1956 the Balch Park Road was completely paved, which eventually led to it being designated as County Sign Route J37 in 1975.

See the original blog entry for additional history details, as well as a detailed photolog and specifics of road conditions, hairpin turns, and grades.

It was reported that J37 is actually signed. That is significant because it appears to be the only Signed County Route in Tulare County that still has signage.
(Source: Max R / AARoads Travelog)