Last night, we had a Shabbabaque at Temple (“Shabbat” + “Barbeque”). There was a bunch of food leftover, and so I brought some home — the sliced tomatoes and roasted zucchini — and threw it into a crockpot. That’s a great thing to do with leftovers: make a stew (and I intend to suggest formalizing that next year*). Just like at the Shabbabaque, I’ve got loads of leftovers — onsies and twosies of news articles — that don’t make a coherent dish. Perhaps they’ll make a good stew. What do you think?

This is another busy weekend, so I should probably put this pot of news chum on the stove to simmer. What’s in it? A collection of articles and other items I’ve seen on the web this week that have stuck in my head. Let’s lift the lid and find out what is in this pot:

As we continue the process of cleaning out the links, today’s three-theme brings together articles related to current and former theme parks, although the term is used loosely:

In the Talmud, there is a learned Rabbi who opines that groupatwos are to be considered Chametz during Passover. Luckily, this week was so busy I accumulated a bunch of groupatwos. So let’s get that feather and that candle and get them out of the links list before Passover starts Monday night:

Today’s lunchtime collection of news chum brings together three stories about product designs from the past:

Music: Home Before Dark (Neil Diamond): “Act Like A Man” 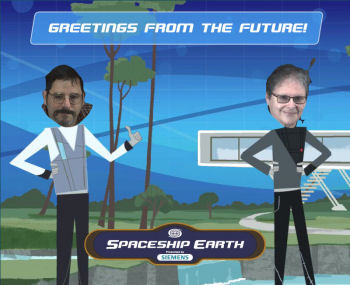 “One Mouse, One World”. Sounds like a slogan for world domination by a particular corporation, doesn’t it. Sometimes it feels that way when you are in certain parts of Orlando Florida. It is also the slogan of one of that organization’s theme parks, Epcot, which we visited today.

First of all, why Epcot? The answer is simple. Most of the rest of the other Orlando parks can be found somewhere in the Anaheim parks. So it didn’t make sense to spend boku-bucks to go to them. Epcot, on the other hand, is mostly unique (except for Soaring, Captain Eo, and Nemo’s Adventures).

Epcot is a odd mix of multiple parks. The first park, when you go into it, is the “park of the future“. This is the park of the big Epcot globe, the voyage into space, and the hydroponic gardens. This is also the park that (mostly) felt dated — it felt like the Tomorrowland of the 1970s, down to the architecture and layout. It had that rounded-curve sense of the old People-Mover structure. We did ride a few rides in this area — in particular, Spaceship Earth, Mission:Space (Green) and Living with the Land. Spaceship Earth seemed a bit dated — all the audio-animatronics looked like characters from Pirates, although I did appreciate the 9-track tapes. Living with the Land, on the other hand, was neat — especially the portion where they went through the actual Epcot gardens and science areas. Mission:Space was good, but short and predictable (almost like “Star Tours”)… and you can tell where the “Orange” version would have added stuff. We didn’t get to see everything here we wanted to see — there evidently is an Energy movie with Ellen DeGeneris, but it was 45 minutes long, and we wanted to see other stuff. The line for Test Track was just too long, and the FastPast was too late. I also note that quite a few attractions allowed you to email stuff to yourself, such as the picture from this post.

The second part of Epcot is the World Showcase. This was mostly shopping, as opposed to rides (although we did see one Circlevision movie with Martin Short). The lands are Canada, UK, France, Morocco, Japan, America, Italy, Germany, “Africa” (Outpost), China, Norway,and Mexico. Each land has lots and lots of themed shopping (although at points I felt the shopping was a little culturally insensitive and stereotypical). Some of it is great (I particularly liked Canada, UK, Paris, Japan, and Germany), some of it wasn’t. Each land also has lots and lots of local food, much of it relatively expensive. Few rides, but fun to walk through and shop. There was also good music — in particular, a really good rock Celtic-Canadian band (including bagpipes) called Off-Kilter.

The third part of Epcot is a graft — Disney attempted to “graft” characters and marketing into the park. Thus you see Nemo in the Sea section, the Three Cabillaros in the Mexican lands, and various Disney face characters in the appropriate lands (i.e., Aladdin and Jasmine in Morocco, Belle in France, Snow White and Rapunzel in Germany (but no Heimlich), Mulan in China, etc.). You also see Duffy the Disney Bear everywhere, and Pin Trading and Vinylmation everywhere, and Disney marketing everywhere. You can find everything Disney in Epcot … except any books describing the original purpose of Epcot and its history and development. Evidently, remembering the history is something solely reserved for Anaheim; Orlando is for entertainment, resorts, and separating the tourists from their money. But I didn’t say that in my outloud voice, did I?

Overall, what did we think of the park? It was fun, although not the constant attraction type of fun of Disneyland and DCA. I don’t think it was worth the standard Orlando gate, given that it was mostly shopping. But it is hard to say what any Disney park is worth. I am glad I saw it.

Today’s lunchtime news chum brings together a collection of articles, all related to things that are up in the air: