For those that don’t know, my real job has me working down in the real South Bay (i.e., El Segundo and the communities south of LAX — any other “South Bay” is just a figment of your imagination). I’ve run across a few articles of late about changes in the area I’d like to share; at least one took my by surprise: 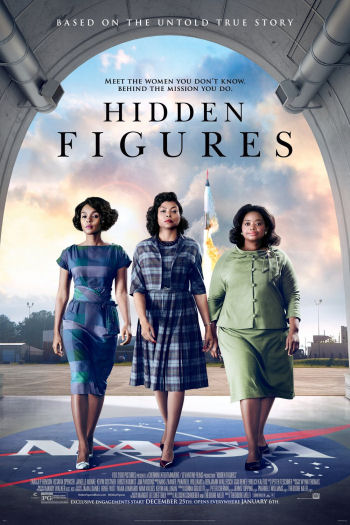 I bet you expected my first review of 2017 to be a theatre review. Alas, January is a really bad month for theatre, as the holidays are a bad time for rehearsals. There wasn’t that much of interest out there, and our first live show (Zanna Don’t) is next Saturday. So we opted instead to see the movie we had wanted to see on Christmas: Hidden Figures.

Here’s the short and sweet of it: Go see this movie. Take your daughters. Take your sons. Take your friend’s daughters. Take your friend’s sons. This is a movie that will give us the next generation of scientists, mathematicians, and engineers. More importantly, this movie will give us the next generation of WOMEN and MINORITY scientists, mathematicians, and engineers. Trust me, we need them. Do you know how many men it takes to equal one smart woman engineer?

Hidden Figures tells the true story of the first computers. To explain, in the 1940s and 1950s, before we had computing machines, the position of “computer” was someone who computed and did mathematical computations. The computers in this case were a collection of African-American women mathematicians at NACA, later NASA. They were the women who did the math and calculations that enabled NASA to put a man in orbit. They were the first programmers. They were the first women engineers.

I’m not going to go into the plot in great detail. That’s one advantage of a movie review over a theatre review. I will say that the performances were excellent. I will also say that this is a movie that should be accessible by anyone 10 or older. Perhaps a little bad language, but that’s about it.

I had only a few minor quibbles with the movie, the worst being that it is FORTRAN, not Fortran. But then again, the folks writing this probably weren’t born when FORTRAN was used heavily (whereas my first programming language was FORTRAN IV (WATFIV)). I also wasn’t sure about the use of the Selectric typewriter, but Wikipedia proved me wrong (it was introduced in 1961).

This movie will be shown for years to inspire women in STEM fields, and that’s a great thing.

Ob. Disclaimer: I am not a trained theatre critic; I am, however, a regular theatre audience member. I’ve been attending live theatre and concerts in Los Angeles since 1972; I’ve been writing up my thoughts on theatre (and the shows I see) since 2004. I do not have theatre training (I’m a computer security specialist), but have learned a lot about theatre over my many years of attending theatre and talking to talented professionals. I pay for all my tickets unless otherwise noted. I am not compensated by anyone for doing these writeups in any way, shape, or form. I currently subscribe at Cabrillo Music Theatre (FB), the  Hollywood Pantages (FB), Actors Co-op (FB), the Chromolume Theatre (FB) in the West Adams district, and a mini-subscription at the Valley Performing Arts Center (VPAC) (FB). Through my theatre attendance I have made friends with cast, crew, and producers, but I do strive to not let those relationships color my writing (with one exception: when writing up children’s production, I focus on the positive — one gains nothing except bad karma by raking a child over the coals).  I believe in telling you about the shows I see to help you form your opinion; it is up to you to determine the weight you give my writeups.

Upcoming Shows: January starts with a Southern California Games Day, followed by Zanna Don’t at the Chromolume Theatre (FB) on January 16. January 21 is open. January ends with Claudio Quest at the Chance Theatre (FB) on January 28. February 2017 gets back to being busy: with Zoot Suit at the Mark Taper Forum (FB) the first weekend. The second weekend brings 33 Variations at Actors Co-op (FB). The third weekend has a hold for the WGI Winter Regionals. The last weekend in February brings Finding Neverland at the Hollywood Pantages (FB). March quiets down a bit — at least as currently scheduled — with the MRJ Man of the Year dinner,  Fun Home at the Ahmanson Theatre (FB) at the beginning of the month, and An American in Paris at the Hollywood Pantages (FB) at the end of the month.

It’s the last day of the year. That means it is time to clean out the accumulated News Chum links, so I can  start 2017 fresh. It’s been a busy week, what with cleaning out the highway headlines and getting the California Highways website updated. But I’ve caught up on the RSS links (again, I highly recommend newsblur, which I switched to when Google Reader died), and I’ve got a full set of hopefully interesting articles ready to go:

And with that, we’ve cleaned out the 2016 News Chum. I’m planning one more political post to close out the year, and then it is on to 2017. May your new year be a good one, filled with fewer deaths of people close to you or celebrities you care about, and may all your news chum stews be filled with tasty morsels of delight, as opposed to pieces of sinew (as we got with the 2016 election, but that’s the next post).

Today’s lunchtime news chum brings together a collection of articles, all related to things that are up in the air: