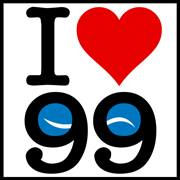 Well, Actors Equity has gone and done it. Not only did they fire a shot across the bow, but war has been declared. They’ve been the aggressor, starting the fight and moving the tanks in despite the wishes of the people. Oh, and us peasants? As usual, we’re the ones that get it in the neck.

What am I talking about? Simple. Perhaps two months ago, Actors Equity (the union that represents stage actors) dropped a proposal that any AEA actor working in intimate theatre (99 seats and under) in Los Angeles must be paid as an employee and at the current prevailing minimum wage for both rehearsals and performances. There were also work place requirements and performance minimum requirements, with limited exceptions solely for membership companies and self-produced works. They claimed that (a) members wanted this, and (b) it was required under California labor law.

The problem was, however, that a majority of Los Angeles AEA actors did not want this. They understood that the nature of Los Angeles theatre is such that most theatres cannot be financially sustained under these rules. The cost for AEA actors would quadruple or more. There would only be small safe productions. Actors would lose the venue they value for the refinement of their craft and for feeding their artistic needs.

AEA held a referendum, and just under 66% of those who voted were against the proposal. Did this stop AEA? No. They voted to impose the new rules anyway.

I’ll say that again: They ignored the wishes of the actors and their members, and eliminated the 99-seat plan.

In doing this, AEA showed disregard not only for their members, but for the audiences that pay the bills and for the other professionals and businesses that their decision impacts. Rosalyn Cohn, over in the private pro99 group on Facebook, posited the following for AEA’s rationale:
(posted with permission)

OMG. This is so obvious. Why didn’t I see this? This has been in the works. NYC has turned into corporate theatre, star vehicle driven like never before and non-union tours abound. Some pretty big Off-Bway houses have closed like the Promenade. LA has big bucks which is WHY AEA is making its presence more known. That’s why they now have their own building. They now want to try to make this the 2nd theatre capital – which we know it is. We 99 Seat Actors who don’t have name recognition, this is what it’s about. I lived it. I lived in NYC for 20 years. It’s now very hard to get a B’way gig if you aren’t a name. Says the Union, “Ummmm, we need dough. Ahhhh, let’s really be smart and stake our claim – you know actors aren’t great with business so they need to be taken care of, uuhhh, we’re in Power, uhhh, they’ll say we know what’s best. We’re the Adult. Uhhh, let’s go to where Film/TV is REALLY prominent. STARS sell TICKETS. Let’s DO AWAY with 99 Seat with no names. Let’s force them to Showcase Code where maybe they can get an agent, maybe a review. Let’s force the Companies who have bigger audiences to MERGE and force them to an AEA contract so we can make money. But, wait, that will cost those theatres most likely $100K+ to produce that show w/insurance bonds and all that. So, hey, aren’t we in the town where there’s lots of CELEBRITY CACHE?!!! I know! We’ll make it so that the STARS can work in Off-Broadway size houses and not have to leave LA. And those other actors with no name and not making us bank, well, they’ll work in those under 50 houses for only 16 shows.” That’s it my friends. You want this? THAT’S WHAT THIS IS.

I’ve said repeatedly: I’m not an actor, I’m a computer scientist. I envy the talents and abilities of actors, and wish that I had their skills to inhabit other personalities. I can, however, explore issues to their logical conclusion. Here are my thoughts on this matter:

AEA, in my opinion, either no legal leg to stand upon, or has just killed all theatres with volunteers. I personally believe the former, and hope not the latter. I believe AEA completely misses the distinction between the for-profit and non-profit theatre.

Here is my prediction of what I believe will happen: