The following are the Fringe shows that I currently have scheduled and ticketed. Note that due to my work schedule and where we live, we can only see shows on the weekend, and cannot do the shows that end super late (i.e., we can’t make start times after 10pm, in general). I also need to allow for meals, and time to get between theatres. Typically, my wife also has to be willing to see the show, and she’s not into things that are too dark, or might touch on triggery areas. Oh why, oh why, can’t someone do a good Fringe scheduler as a Science Fair project:

The following are the shows that we were interested in, and had blocked out on the schedule, but ended up making everything too expensive and so were later cut. We may ticket these later, especially if comps or discounts come our way.  (OBAS) indicates they were on our schedule, but now have been Overtaken By Another Show, meaning a producer or publicist convinced me to see a show, which has stomped over the time slot I had originally planned. I’m still interested in those shows, if I could figure somewhere else to shoe-horn them in.

The following are the shows that we thought about scheduling, but just couldn’t fit in, given our constraints. Typically that means there were no weekend slots, they were too close to the end or beginning of another show, or there wasn’t adequate transportation time between the theatres:

To give you an idea of most Fringe locations, here’s a handy-dandy map: 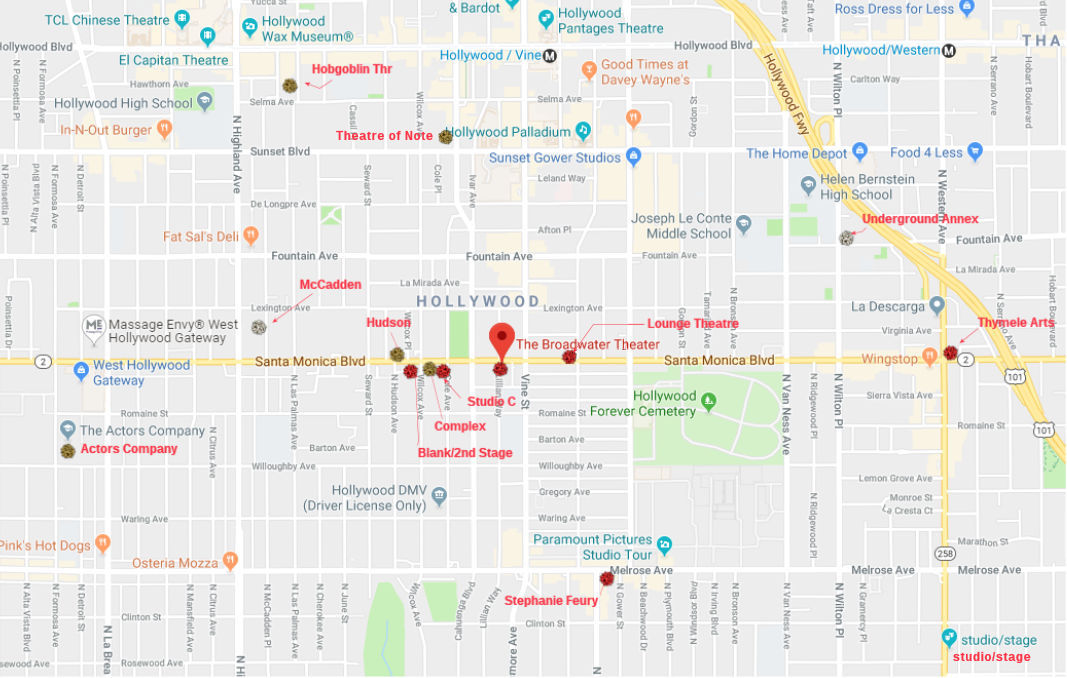