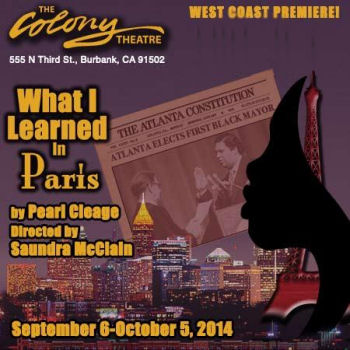 If there is a problem in the theatre today, it is the makeup of the audience. Go to most shows, and you’ll see the same type of audience — older, white, and typically better suited financially. None of these are particularly surprising, given who was trained to attend theatre when they were younger (i.e., in the 1950s and 1960s). Some theatres, playwrights, and artistic directors know how to change that — and I’m thinking of folks like Sheldon Epps over at the Pasadena Playhouse. They’ve mastered the art of the “black play” — that is, a play with something that draws out the African-American audience to the theatre. I’ve written before about how I believe this is a good thing — how, in fact, I wish that the audience for theatre in general was more reflective of society’s makeup. I’ve also bemoaned that the white audience seems to disappear for the perceived “black” plays, and black audience isn’t there for the “white” plays.

So what makes a successful “black” play or musical? To my eyes, there seems to be three varieties. There is the black play that draws on the uniquely black experience and uses that to teach. The Pasadena Playhouse has done loads of these, and you can often find them from playwrights such as August Wilson. The Colony had one recently in Breath and Imagination. Then there are those that draw on the black musical experience. A friend commented that the current musical “Motown” is like that. Then there are others that are just an everyday play with some slight story changes and an all-black cast. The current “Kiss Me Kate” revival at the Pasadena Playhouse is like that: it is the stock “Kiss Me Kate” placed in the milieu of 1920s black vaudeville. Other examples are the castings of “Guys and Dolls” or “Hello Dolly” with an all black cast. I ask all of this because last night we saw “What I Learned In Paris” by Pearl Cleage at The Colony Theatre (FB). This is obstensibly a “black play”: it is an all-black cast set in a significant time and place in black history. But there was no distinct color shift in the audience. Was this due to the play? The promotion? The fact that it was in Burbank?

I don’t really have the answers, alas. But I walked out of “What I Learned in Paris” thinking that the story itself was universal: with the exception of a few elements (mostly having to do with housing discrimination), this could have been the story about any election and the events that happened afterwards. In doing so, it made an important point: that there really is no difference. The black experience is often our experience. It was a good play; a fun play. The black-ness came from the cast and the setting, however, not as much the particular story. I was sad that the African-American theatregoing community in LA hadn’t discovered this play; our audience composition was the typical subscriber composition, and many of the seats on the sides were empty (as if the white single-purchase theatregoers normally drawn in weren’t, and the black single-purchase theatregoers weren’t drawn in). My only conclusion is a marketing one: the Colony simply may not know how to get the word out about its shows to the potential African-American audience. This is too bad: if theatre is to grow and survive, it must draw in the younger audience, draw more minorities to the live theatre experience, and do stories reflective of the world today (the Colony’s recent “Year Zero” was a great example of this, looking at the Hmong commuity).

Is “What I Learned in Paris” a black play? Set in Atlanta in 1972, right after the election of the first African-American mayor of any major city (Maynard Jackson), Paris concerns itself not with the pivotal events of the election and campaign, but the immediate post-election lives of his campaign staff. There are five main characters: J.P. Madison, an older lawyer working on the campaign; his first wife, Eve Madison; his second wife Ann Madison; another lawyer on staff John Nelson, and another staffer who worked on the get out the vote effort, Lena Jefferson. As the story opens in Eve Madison’s place (which was being used as campaign headquarters), J.P., Ann, Lena, and John are celebrating Jackson’s election. We quickly learn the nature of the characters, and that John is secretly in love with Ann, and was just waiting for the election to be over so she could divorce J.P. and be with him. The two major plot complications then appear. First, Eve Madison returns from San Francisco creating tension between J.P. and all. She wants to return to Atlanta and start hosting salons and parties to bring the diverse separate communities of Atlanta together, and to do this she wants to buy a house in Buckhead, an upscale white community near the Governor’s Mansion . Second, J.P. gets on the short list for city attorney. The latter brings to the front the fact that he never actually married Ann — they went to Vegas to get married, but never went through with it and have just been pretending for the last few months. J.P. asks Lena to find him a pastor who can discreetly perform the ceremony before the press finds out.  You can see the collisions already on the horizon.

You’ll note that “Paris” is no where in the description above? The title refers to the time when Edie was in Paris just before she divorced J.P., when she realized that she had to know who she was first before she could do any form of relationship — as she put it, she had to be free enough to be able to enjoy eating in Paris alone. This becomes the pivotal point in the second act, when Eve volunteers her services and her townhouse to host J.P. and Ann’s wedding, which she’ll perform; prior to the ceremony, she’ll host a small bridal shower for Ann with just her and Lena.

From the description, you can see there is little distinctly black about this story, save for the campaign that brought everyone together, and the reaction of the upscale community to Evie wanting to purchase there. That, perhaps, is the wasted potential of this play. It had the opportunity to say more about this election and the impact on the community… and it didn’t. Thinking about it a bit more, the problem could be the fact that the election wasn’t all that pivotal. He wasn’t the first African-American mayor of a major city (that honor goes to Carl Stokes in Cleveland in 1967; he wasn’t the first African-American mayor of a southern city (that was Howard Lee in Chapel Hill NC in 1968). In fact — an more importantly for this production and this play — Jackson’s election was the same year as the election of Tom Bradley, the first African-American mayor of Los Angeles.

Still, despite these flaws, we thoroughly enjoyed the story. It was fun to watch, well performed, with some unexpected twists and turns. The director, Saundra McClain (FB), shaped the performances to be natural and to fit the characters well. These seemed like people you would enjoy knowing; they had little quirks and mannerisms that made them fun to watch.

The cast was great. There weren’t really tiers here — all roles were equal in significance. There were two groupings, however. The “Madison” grouping consisted of J.P. Madison (William C. Mitchell (FB)), his first wife Eve (L Scott Caldwell), and his second “wife” Ann (Joy Brunson (FB)). Mitchell played the pompous politician/lawyer well, and at points gave great hints of the compassionate man under the surface. Caldwell captured the free-spirit nature of Evie well. I had recently seen Brunson on Masters of Sex, and it was a delight to see her here. She initially seemed colder as a character, but near the end of the play you could see flashes of fun in the character as Evie drew her out of her political shell and back into herself.

The second groups, for lack of a better term, were the non-Madisons: Shon Fuller (FB) as John Nelson and Karan Kendrick (FB) as Lena Jefferson.  Fuller (actually, his character) came across as young and headstrong, and confused about the love with Ann and how to deal with the fact that she was already married. Fuller portrayed this well. Kendrick’s Lena was that all knowing friend: she was in the middle holding things together; she conveyed quite a bit with an expression or look in reaction to an action.

In short, all five actors were great.

The technical side was up to the Colony’s usual excellence. The scenic design by Charles Erven captured the 1970s townhouse era well; this was aided by the properties and set dressing of John McElveney (FB), which was up to its usual excellent standards. The sound design of Dave Mickey (FB) provided great backround music, and the lighting design of Jared A. Sayeg (FB) was simple and effective.  Scenic art was by Orlando de la Paz. The costumes by Dianne K. Graebner (FB) were beautiful and effective, and reflected that era well. Leesa Freed (FB) was the production stage manager.

Dining Notes: We tried someplace new for dinner: The Story Tavern, about 6 blocks (not counting the mall) from the theatre near Olive and San Fernando. In short: yum. I had a delightful beef stew, and they had loads of gluten-free goodies for Karen including Shepard’s Pie. Well worth trying, and we’ll be back.

Upcoming Theatre and Concerts:  This afternoon brings “The Great Gatsby” at Repertory East (FB) on Sun 9/29. October currently has two shows (three if you count Yom Kippur on 10/4): “Don’t Hug Me, We’re Married” at the Group Rep (FB) on Sat 10/18 (when Karen is at PIQF), and “Pippin” at the Pantages (FB) on 10/25. November is back to busy, with “Big Fish” at Musical Theatre West (FB) on Sat 11/1, “Handle with Care” at The Colony Theatre (FB) on Sun 11/9 (shifting to avoid ACSAC and opening night), a trip out to Orange Empire Railway Museum to see my buddy Thomas on 11/11,  “Sherlock Holmes and the Suicide Club” at REP East (FB) on Sat 11/15, the Nottingham Festival on Sun 11/16, and “Kinky Boots” at the Pantages (FB) on Sat 11/29. I may also see some theatre when I visit my daughter Erin in Berkeley between 11/20 and 11/26. Right now, I’m looking at “The Immigrant“ at Tabard Theatre (FB) in San Jose, “Harvey” at Palo Alto Players (FB) in Palo Alto, or “Rhinocerous” at the UC Berkeley Theatre Department (FB). As for December, right now I’m just holding one date: “She Loves Me” at Chance Theatre (FB) in Anaheim on 12/20. Right now, there is only one show booked for January 2015 — “An Evening with Groucho” at AJU with Frank Ferrente. As always, I’m keeping my eyes open for interesting productions mentioned on sites such as Bitter-Lemons, and Musicals in LA, as well as productions I see on Goldstar, LA Stage Tix, Plays411.