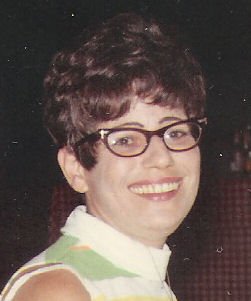 I tend not to think of my mother.

There are many reasons for this. My mother wasn’t your typical mother, at least later in my life when I most remember her. One of the first female CPAs in California, she was much more focused on clients and business than being nurturing. She also had her demons: misplaced blame for my brother’s death at age 18 (when I was 10) led her to abuse alcohol and prescribed medication (as well as cigarettes). She also liked to control people, which created significant chafing between us in my early college years. By my later college years, her abuses had led to problems that ultimately took her life.

And yet, as I’ve gotten older, I’ve been doing more research into the family history. I’m beginning to see that she was a very different person when I was little, and that my brother’s death triggered a sea change in her personality that did her in, and created a long term alienation of affection from me. But I can also see that, had modern treatments for depression (and improved diagnosis approaches) been there in the early 1970s when this all started, things could have turned out very differently. I think this shows the importance of not living with depression, but getting it treated.

I’m also starting to see where I take after her, as opposed to my father. In many ways, I think the skills I use at work everyday come from my mother: the attention to detail, the sense of when some detail in intuitively wrong, and some of my facility with numbers. Alas, I didn’t inherit her sense for business — I’m more like my dad in that way, with no desire to be off on my own.

Still, it is useful to think about our mothers on this day. We all have them — its a biological requirement. Whether they are involved in our lives is up to us, yet even if they are not involved we cannot distance ourselves from them. We inherit — by nature or nuture — traits from both are parents. We have no choice in this matter. Understanding that is important.

One Reply to “Mothers Day Reflections”