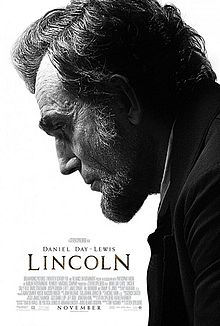 We go to a lot of theatre. Sometimes, however, there are stories that are told better on the silver screen, due to the need to immerse oneself in the environment and characters. Today, we saw one of those moves: “Lincoln“, produced and directed by Steven Spielberg.

Lincoln tells the story of our 16th President and his political battles to get the 13th amendment passed. As with the musical 1776, this is political sausagemaking — something you don’t really want to see. This wasn’t an argument of lofty goals and high ideals. This was political horse trading, some borderline constitutional actions, and the story of a President who was doing what he felt needed to be done to bring the country back together. This art of horsetrading and personally cajoling the other party is something that has been lost: President Obama would be well advised to see this movie to learn, perhaps, how to take some leadership roles in convincing congress.

The history told in the movie is fascinating, and illustrated political nuances I hadn’t thought about before. I do not know if it is 100% true, but it appears to have been well researched. The movie illustrates as Washington DC and a government bureaucracy vastly different than the imperial presidency we see today. I understand how today’s presidency has grown in the trappings — much of it arising due to Lincoln’s assassination attempt — but one wonders if it has distanced the occupants of the office from the people.

The performances in the movie were spectacular. You can see the full cast at the IMBD page, but I’d like to highlight some performances. As Lincoln, Daniel Day-Lewis gave a truly spectacular performance — I expect him to be nominated for a Lead Actor Oscar. Believable and moving, he embodied the character and brought him alive. Also notable was Sally Field as Mary Todd Lincoln. Although I’m aware of the age difference between Field and Day-Lewis, the pairing worked well. Field brought surprising depth to a character that is much less understood. Field may also see (another) Oscar nomination–I think we really like her.

A number of the supporting characters are also worthy of mention. I particularly liked Tommy Lee Jones’ Thaddeus Stevens, head of the conservative wing of the Republican party. Also notable was James Spader was W.N. Bilbo, one of the horse traders used to convince Democrats to support the amendment. I also liked Jared Harris as U.S. Grant.

A few other quick notes. During the opening scene, there is a shot of Lincoln slowly standing up to speak. I instantly thought of “Great Moments with Mr. Lincoln.” I also noted how realistic the war scenes were. War, especially in the mid-1800s, was hell.