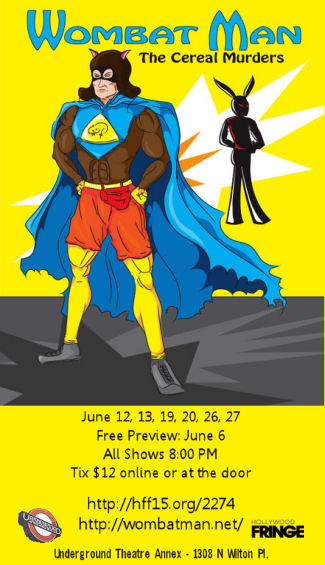 Do you remember the days when Superheros were clearly good, not these brooding tortured psychological studies we see on the screen today? The days when good meant clear ethics and clear morals, that hint of sparkle from the teeth? The days when our heroes may not have been the brightest bulbs in the bunch, but they were good?

Do you remember the days when our Supervillains were truly cartoonish, not these brooding tortured psychological studies we see on the screen today (hmmm, there’s not much difference today between good and bad)? The days when being bad meant stealing candy from children and killing off significant plot points in bloodless ways, with no ethics or morals? The days when our villains were clearly not the brightest bulbs in the bunch?

Do you remember the days when live was accompanied by a voice-over track setting the scene, when our police officers were more interested in going after cartoon threats than the real source of crime — actual criminals committing common crimes (assault, murder, mayhem, theft).

Yes, I’m talking about the days of innocence. The days of — Batman on television, when being a superhero was to be campy and funny and unconsciously self-aware. I certainly remember those days, watching Batman on television. Chrisi Talyn Saje (FB) also remembers those days, and has captured their style and tone perfectly in her 2015 Hollywood Fringe Festival (FB) comedy, Wombat Man: The Cereal Murders (Blog, FB), which we saw last night at Underground Theatre (FB). [This is a product of the Female Playwrights Initiative]

Wombat Man tells the story of (who else) Wombat Man, a blissfully good and completely clueless superhero in Slotham City. He is so unaware that he keeps leaving his cellphone for his roommate, Gladys to find, and prefers to be contacted by pigeon than his phone. He has barely 20 twitter followers, yet the city depends on him. When Trix the Rabbit steals all the marshmallow bits from Lucky Charms cereal (together with kidnapping Lucky the Leprechaun so that no more can be made), Commissioner Borden and Police Chief Leibowitz (who oddly has an Irish accent) summon Wombat Man into action. The subsequent adventure, involving the plot by Trix, his evil henchmen Milk and Spoon, and his girlfriend Lucy first involves capturing Tony the Tiger. When Tony is inadvertently killed, they go next after Snap, Crackle, and Pop. Trix’s goal: Finally get a taste of his namesake cereal (which he seems to never be able to get, because, all together now, “Trix are for kids”.

I think, from the names and the descriptions, you get a real sense of the show. It is blatantly silly, hilariously funny, and a complete mindless diversion (which we all need occasionally). It is truly helped along if you understand the parameters of the good era of superheroes — the 1960s — when Superman, Batman, and WonderWoman were all white and clean cut, villians were truly cartoonish, and every fight was accompanied by word balloons.

In addition to a very funny and silly story, Chrisi Talyn Saje (FB) directed her team to capture the mood and style very well. In the lead positions were Brian Cunningham (FB) as Wombat Man and Jan-David Sohtar (FB) as Trix the Rabbit. Cunningham’s Wombat Man was the perfection of clueless good in a furry coat and purple cape; fun to watch just for the silliness. He had a certain charm that made his character work well. Sohtar’s Trix was an equally cartoonish rabbit, with the typical high nasally voice and outlandish plot ideas. He also captured the stereotypical performance well.

Most of the other roles were similarly stereotypical to the their appropriate tropes. On the side of good were Steve Jun (FB) (Sidekick), Chrisanne Eastwood (FB) (Gladys, the housekeeper), Jim McCaffree (FB) (Police Chief Leibowitz, Tony the Tiger, Jimmy), John David Wallis (FB) (Commissioner Borden, Lucky, Arena Stage Manager). Jun’s Sidekick, who shows up in the middle of the show after he loses his ride (Tony the Tiger) brings a wonderful breath of fresh rationality to the show — he seems completely confused by the other characters but ends up playing along, much like Sancho Panza goes along with Don Quixote. Eastwood’s Gladys is marvelously cynical; again, she is seemingly wondering why Wombat Man doesn’t see his own ridiculousness. On the law and order side of the issue, Borden and Leibowitz are remarkable parodies of Gordon and O’Hara (except that Leibowitz keeps wanting to sing showtunes).

On the henceperson side were Clare Wess Yauss (FB) (Lucy, Jenny), Dan Horstman (FB) (Spoon), and John Potter (FB) (Milk). Yauss’ Lucy captured the sexy but ditzy girlfriend well; Horstman and Potter were the typical non-descript  henchment from the Batman days, down to the point of having their names on their shirts (presumably, so they don’t forget them). Potter had a short running gag about not talking.

On the technical side…. this is a Fringe production. The set itself (designed by one of the henchmen, Dan Horstman (FB)) was some simple black flats with shiny curtains; a sense of place was conveyed more by props (the Wombatputer, the cereal table, the boxes of cereal, the “red phone”, etc.) and costumes. General costume credit was not provided — overall the costumes provided a good sense of character, especially those of the cartoon characters, the henchmen, and Lucy (Glady’s costume was the typical shapeless shift you expect a housekeeper to wear). There was specific credit for Wombat Man’s costume (Lara Kristine Elliott/FB) and hat (Toni Johnson/FB). His costume was the typical superhero costume (you should know, you see them on the street everyday): tights, shorts, a hairy top) with a cap with Wombat ears. It was reasonably well executed and suited the character well. No credit was provided for lighting or sound design. Jeremy Saje (FB) was the real stage manager and wrote the Wombat Man theme song.

Wombat Man: The Cereal Murders (Blog, FB) has 4 more shows at Underground Theatre (FB) as part of the 2015 Hollywood Fringe Festival (FB): June 19, 20, 26, and 27 at 8:00 pm. Tickets are available through the Fringe Website. If you like humor you don’t need to think too much about — and especially if you were a fan of the 1966 Batman series, this is worth seeing. For us, it was the perfect show after the bad interaction at Fringe Central after our 4pm show left a bad taste in our psyches.

Ob. Disclaimer: I am not a trained theatre critic; I am, however, a regular theatre audience. I’ve been attending live theatre in Los Angeles since 1972; I’ve been writing up my thoughts on theatre (and the shows I see) since 2004. I do not have theatre training (I’m a computer security specialist), but have learned a lot about theatre over my many years of attending theatre and talking to talented professionals. I pay for all my tickets unless otherwise noted. I am not compensated by anyone for doing these writeups in any way, shape, or form. I believe in telling you about the shows I see to help you form your opinion; it is up to you to determine the weight you give my writeups.

Upcoming Shows: This afternoon brings Marry Me a Little (HFF) by Good People Theatre (FB) at the Lillian Theatre (FB). Next weekend sees the craziness continue with the Nigerian Spam Scam Scam (HFF) at Theatre Asylum (FB) and Merely Players (HFF) at the Lounge Theatre (FB) on Saturday, and (on Sunday) The Count of Monte Cristo – The Musical  (FB) (HFF) at  the Lounge Theatre (FB) in the afternoon, and  Uncle Impossible’s Funtime Variety & Ice Cream Social, (HFF) at the Complex Theatres (FB) in the evening. The Fringe craziness ends with Medium Size Me, (HFF) at the Complex Theatres (FB) on Thursday 6/25 and Might As Well Live: Stories By Dorothy Parker (HFF) at the Complex Theatres (FB) on Saturday. June ends with our annual drum corps show in Riverside on Sunday. July begins with “Murder for Two” at the Geffen Playhouse (FB) on July 3rd, and “Matilda” at the Ahmanson Theatre (FB) on July 4th. July 11th brings “Jesus Christ Superstar” at REP East (FB). The following weekend brings “The History Boys” at the Stella Adler Theatre (FB) on Saturday (Goldstar), and “Green Grow The Lilacs” at Theatricum Botanicum (FB) on Sunday.  July 25th brings “Lombardi” at the Lonny Chapman Group Rep (FB), with the annual Operaworks show the next day. August starts with “As You Like It” at Theatricum Botanicum (FB), and is followed by the summer Mus-ique show, and “The Fabulous Lipitones” at  The Colony Theatre (FB). After that we’ll need a vacation! As always, I’m keeping my eyes open for interesting productions mentioned on sites such as Bitter-Lemons, and Musicals in LA, as well as productions I see on Goldstar, LA Stage Tix, Plays411.