If you’re reading this post, one of two thoughts are going through your mind. You might be thinking, “Wait a minute‽ I thought this was a blog about theatre.” If that’s you, calm down. I talk about many things in the blog — not just theatre — but I’m going add something just for you at the end. Alternatively, you might be thinking “About damn time. This is a site about highways, and we’ve had precious little highway stuff.” To you, I would agree. A lot of that is due to the changing budgets — we’re seeing less funds for roads, and the nature of work funded today tends not to be the work that reaches the threshhold for the highway pages. February has been a quiet month. So let’s go through what few headlines I have, and then I want to alert you to an issue of interest to everyone — and I’ll connect both highways and theatres! I promise! 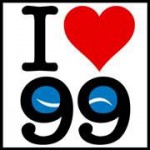 Theatre and highways: a lovely pair. From the Road Theatre Company in North Hollywood to the Route 66 Theatre in Chicago; from classic stories about the road such as “The Grapes of Wrath” (which takes place along Route 66 and off Route 99) to more modern parodies such as “CHiP: The Musical” (which played the Falcon — itself near Route 134 — a few years ago). Here in Los Angeles there are loads of small theatres directly on or near streets that used to be state highways: From REP East, on former Route 126; the large cluster of theatres along Lankersheim Blvd (the former state route that became Route 170); the Odyssey Theatre complex along former Route 7 (what become I-405) in West LA; to the theatre district along Santa Monica Blvd (former Route 2 and US 66) in Hollywood. These are all 99 seat and under theatres, and they are theatres whose existence is threatened by a proposal from AEA. This proposal would require these theatres to pay their actors minimum wage for rehearsals and performances, raising their costs overnight at least 10 fold — or more, depending on the number of AEA actors. On the surface, the union is doing this to protect “the dignity of actors” (even though the actors in Los Angeles do not want it); underneath, the real reason may be buried in the small print: if the theatre treats the actor as employee and there is an AEA contract, the AEA gets paid its fees first (whereas it gets little now). The larger community — from actors to producers to stage managers to creatives to audiences are saying, collectively, “Change is needed, but not this change.” We want to rework how intimate theatre is done, but not with this heavy handed solution forced from non-Californians. Learn more about the controversy at the I Love 99 website, and follow their Facebook group and Twitter feed.  If you are an AEA member, vote “No” (and tell your friends). If you are not, spread the word.