The user pics (those icons on posts at the top, to the right) have traced the evolution of how I have traveled since I joined LiveJournal back in 2004. From personal vehicles to vanpools, through Hondas, Toyotas, and now Subaru, they’ve shown how I’ve gotten from there to here:

From my wife’s 2002 Honda CRV, to my recent 2006 Toyota Matrix (which replaced a 1999 Honda Civic that got cow-tipped), and to the Matrix’s replacement, a 2016 Subaru Impreza; from all the various vanpool vehicles I’ve driven. All have been portrayed in userpic.

For the last few days, I’ve been teasing a different picture on my Facebook: 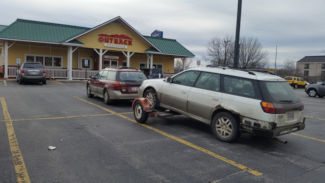 For those unfamiliar, this is a picture of a Outback towing an Outback, parked in the outback of an Outback. There was a reason: we were in the process of replacing my wife’s car. ALthough she picked out the car last Saturday, it took a week because the car dealer’s server was down. Mind you, this didn’t shut down just one dealership, but an entire family of dealerships, the week before Christmas. The server came back on Thursday. Friday we were out in Santa Clarita, and I posted another picture: 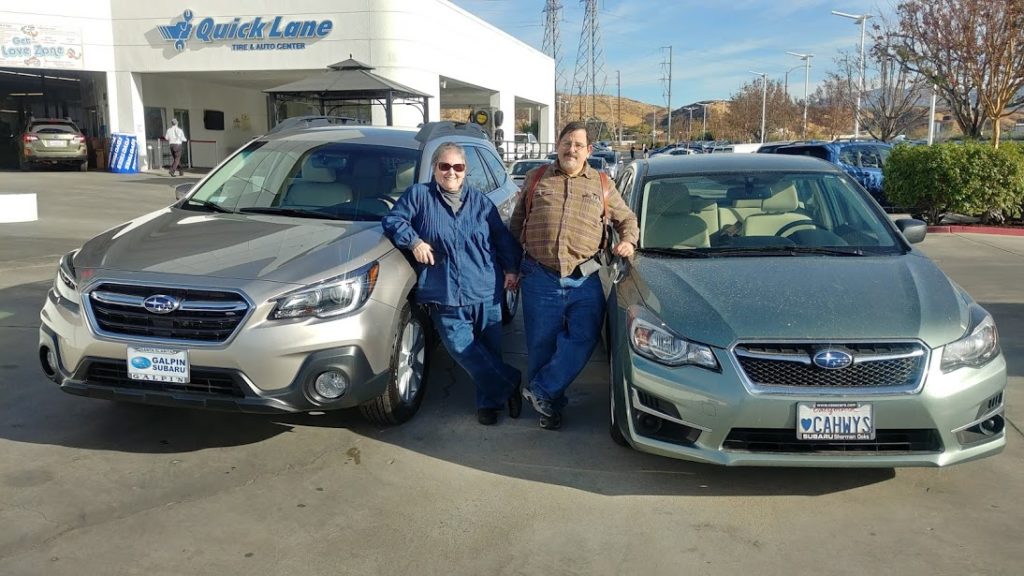 We are now a two-Subaru family, having added a 2018 Outback to the family for my wife. Guess it is time to make a new userpic…