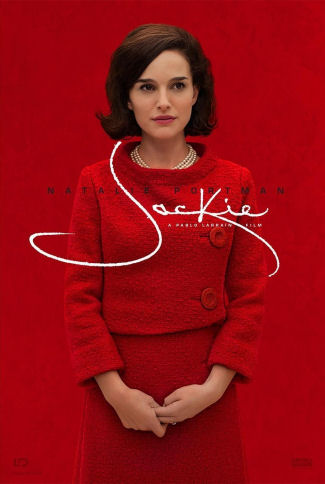 As is our holiday tradition, we went to go see a movie on Christmas. Our daughter was joining us, so we had to find something acceptable to all three of our. The first choice, Hidden Figures, was not yet in general release as was only at the overpriced Arclight theatres. We ended up seeing Jackie at the Laemmle Town Center in Encino.

Jackie tells the story of Jacqueline Kennedy right around the time of the assassination of her husband, John Fitzgerald Kennedy, framed by a reporter supposedly interviewing her about her last days in the White House.

There needed to be more. There needed to be insight — real insight — into their relationship. We know the very early days of Jackie from Grey Gardens. We know her end as a recluse widow of Aristotle Onassis. But who and what was the real woman? That we don’t see. Portman’s Jackie is stiff and cold; one wonders what the President saw in her other than glamour.

This is not to say I didn’t like the movie — it was good. It just wasn’t one I’d go out of the way to see again.

It did raise a few interesting questions, such as the whole White House transition. Having to pack and move out in the middle of grief — just the whole transition process of packing your family in the White House environment — is fascinating. However, this was only touched upon, not explored in depth.

I think the only ones who really had that identity absent their husbands, post Eleanor, were Hillary and Michelle. The rest were more minor causes. Where will Melania fit in the pantheon of First Ladies? Will she embrace or shy away from the role? Hard to say.