For some reason, this summer I haven’t had the urge or the drive to write my normal full-up theatre reviews. Quite likely, it is burnout from caregiving; whatever the reason, the urge wasn’t there. But we’re entering into the Fall theatre season, and this weekend starts a series of 8 shows in a row. So I need to get the summer shows out of the way. So here are some quick takes, and I’m probably not going to go through and do the heavy linking thing (unless I go back and do it). 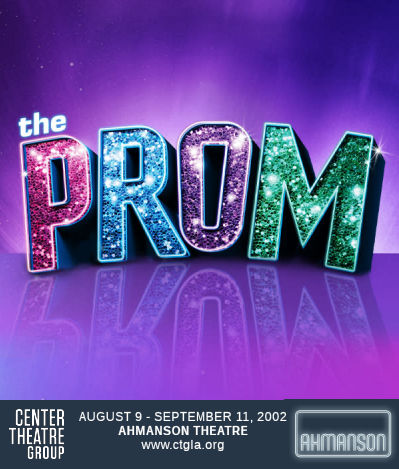 The first show we saw in August was The Prom at the Ahmanson Theatre. Let me start out by saying that The Prom is one of those few shows that I would have no qualms about seeing multiple times — it was that good and I loved the message that much.

The Prom tells the story of a bunch of narcissistic Broadway actors. When their show crashes and burns on opening night and they get ravaged in the press, they decide that to rehabilitate their image they need to do something that looks like they care about someone else. They stumble upon the story of a lesbian teen in Indiana who was denied the ability to go to the Prom. So they get on the bus (with a touring company of Godspell) and go out to save the day.

As they say next, predictable hilarity ensues.

However, what could be a train-wreck sitcom concept actually works out, and the story ends up being a quite touching one about acceptance. One of my favorite songs is “Love Thy Neighbor”, about how so many Christians seem to cherry pick what the Bible says, ignoring other prohibitions that aren’t convenience, and forgetting the most important message — how they turn a message of love into a cudgel of hate.

That’s a message that is so true today. This was a really enjoyable musical, and it left us with a smile on our face.

The show was written by Bob Martin (Book), Chad Beguelin (Book & Lyrics), and Matthew Sklar (Music, Vocal Arrangements), based on an original concept by Jack Viertel. It was directed and Casey Nicolaw. 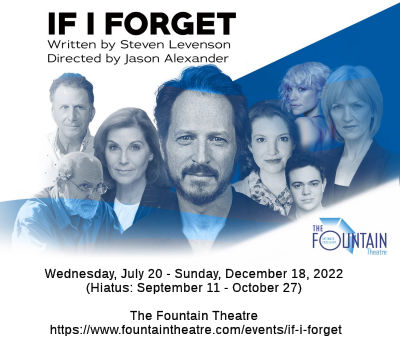 The second show we saw in August was If I Forget at the Fountain Theatre. This show, alas, succumbed to a common trend these days: A single page information sheet with a QR code for the program. Folks: QR codes for programs are ephemeral — they go away when you redesign the website or when the site. After that, what then? You, shall we say, forget. There should always be printed (or printable) full programs for archival purposes and people’s collections. The only thing worse is a bespoke interface that requires logins — which is what the Pasadena Playhouse and CTG does. Luckily, they provide printed programs.

If I Forget wasn’t initially in our plans. But the show featured the son of the former education director at our synagogue in the cast, which brought it onto our RADAR when I received the press release. I asked our Live Theatre group at our synagogue if they were interested in the show — and a large group was. Arrangements were put in place, and we went down as a group to see the show.

The piece itself was pretty interesting. I was afraid — especially from the title — that it would be a dark show about the Holocaust. Although there was a dark scene or two regarding that, it wasn’t the focus of the show. It really was more of a family drama, and about the clash of values from different family members. The family members also held various secrets, all of which came to a head when the question of selling the family business came to the fore.

The resulting show had some very humorous moments, likely due to the influence of the director, Jason Alexander. I found it a pretty enjoyable show.

The production was written by Steven Levenson, and directed by Jason Alexander.

The show was to close in September, but was extended to December 18. It resumes, after a hiatus, on October 28. Tickets are available through the Fountain Theatre.