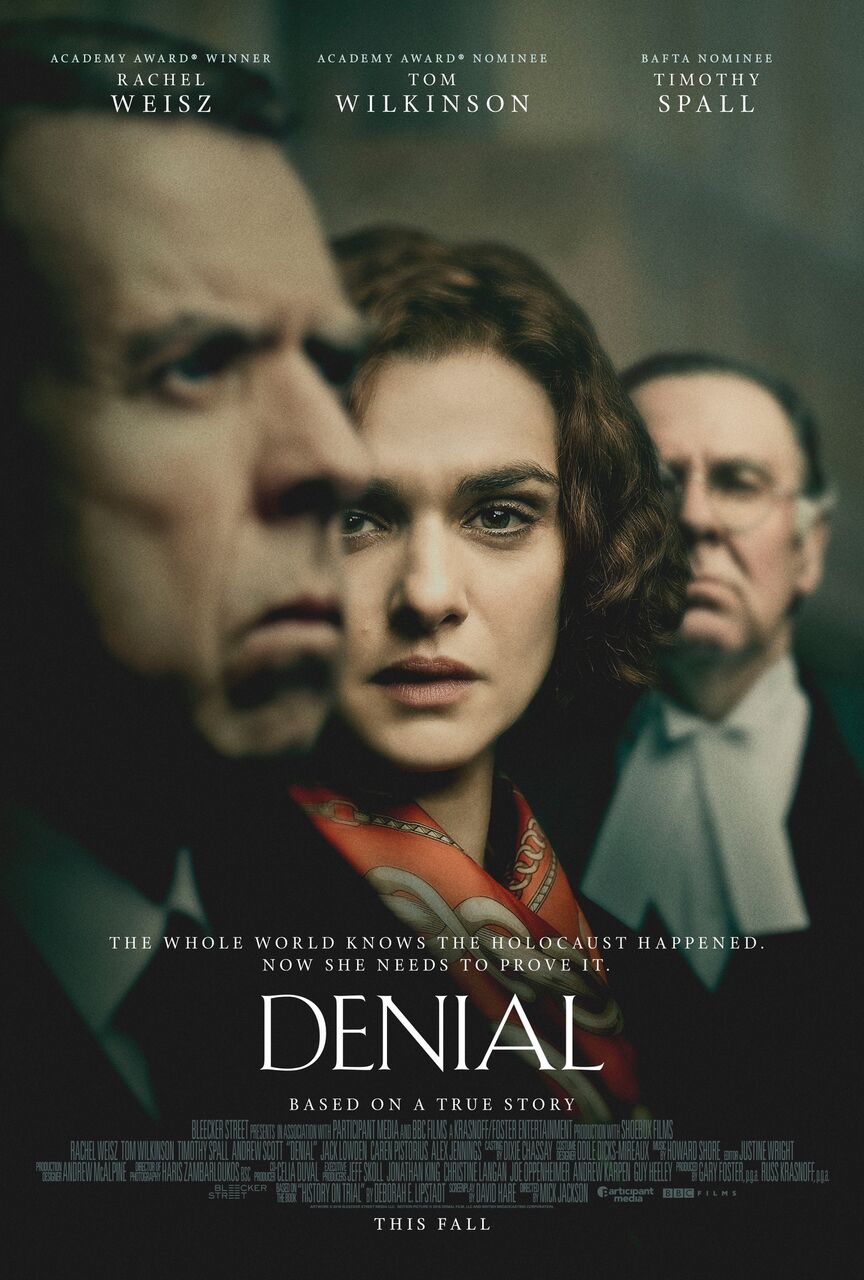 On Sunday, October 9th, the Men of TAS (in lieu of our usual meeting) are going to see the new movie Denial, based on Dr. Deborah Lipstadt‘s book, “History on Trial” [Note that this particular meeting is open to everyone]. This book is about  Dr. Lipstadt’s trial in the UK when the Holocaust Denier David Irving sued her for libel. I was a student of Dr. Lipstadt’s when I was at UCLA (I was the only one turning in papers printed via nroff(1) off the Diablo 1620 in the CS Department); as such, I feel it is important to see this movie and have a discussion. Note that this discussion is taking place just before the 2nd presidential debate.

As I’ve read the book, I’ve come up with the following discussion questions. I’m curious if you have others:

You can learn more details on the meeting by visiting this page, and clicking on the October flyer (or clicking the flyer to the right). Here’s the description of the movie:

Based on the acclaimed book “Denial: Holocaust History on Trial”, DENIAL recounts Dr. Deborah Lipstadt’s (Academy Award ® winner Rachel Weisz) legal battle for historical truth against David Irving (BAFTA nominee Timothy Spall), who accused her of libel when she declared him a Holocaust denier. In the English legal system, in cases of libel, the burden of proof is on the defendant, therefore it was up to Lipstadt and her legal team, led by Richard Rampton (Academy Award® nominee Tom Wilkinson), to prove the essential truth that the Holocaust occurred.

Additionally, here’s a preview of the notion of Holocaust defense in the movie, and how Dr. Lipstadt taught the lead actress to sound like a Jewish woman from Queens. That, of course, leads to the question of whether there is such a thing as the American Jewish accent, but that’s a question for another day.