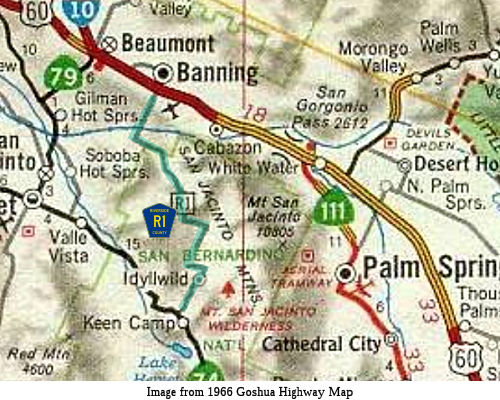 From Route 74 near Mountain Center to Route 10 near Banning. 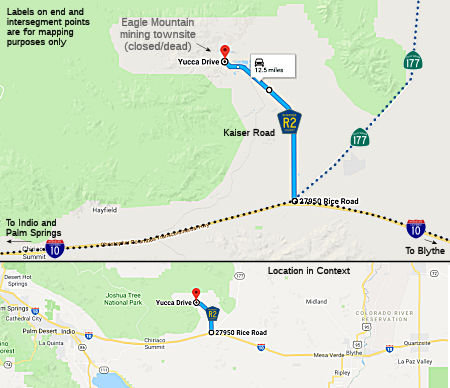 The route was constructed to Eagle Mountain as Kaiser had a huge mining operation there, north of Desert Center, until it ran dry about 25 years ago -- complete with a dedicated rail line (the Eagle Mountain Railroad) which ferried the loads from the mine to the SP (now UP) main line on the northeast shore of the Salton Sea. The product of this mining was used on the local roads in the area. The high concentration of iron particles accounts for the reddish tint to the rock materials sourced locally. Currently, Eagle Mountain is boarded up and fenced -- you can tell it was a company mining town and some of the machinery can still be seen west of Desert Center on I-10. The local gossip was that the Marines out of 29 Palms were using the site for urban combat exercises, which would explain why it was boarded up and fenced so well.
(Source: Sparker and Max Rockatansky, discussion on AAroads)